A life not lived for others is not a life.

The poor & the destitute have no caste or religion. They have no politics and do not cause harm to anybody. A helping hand in times of need is all that they can hope for…

The NGO has been spurring the people for the cause of the unfortunate and channelizing their efforts into an organized effort to combat pain, poverty, inequality and illiteracy. Set up on moderate beginnings, it has grown into an expansive network across Kerala. Today, HHO has its presence spread across the states of Kozhikode, Malappuram & Wayanad in Kerala with an extensive range of charitable and community development activities. HHO has given special focus on socioeconomically marginalized, tribal and indigenous communities who deserve assistance and started its operations by distributing Onam kits to 25 families in the Mammathan Palli Adivasi Colony living near Kallur, Sulthan Bathery, Wayanad.

HHO has been helping a wide range of patients from Kozhikode, Malappuram & Wayanad districts with medical assistance in their treatment. The NGO has also been providing essential medical facilities like wheel chairs and TVs for palliative wards in hospitals.

New website was launched at the second annual general body meeting of the Helping Hand Organization, a charity based in Kozhikode. In the function held at the Edakkad Union A. L. P. School, Professor of History, Government Arts and Science College Dr. P. J. Vincent launched the website and also conducted an awareness class on “Why give charity?”.

General Secretary Rajesh Mallarkandy welcomed the gathering and Vice President; Valsan Nalupurakkal proposed the vote of thanks. The President, Bhakthavalsalan P presided over the ceremony.

"There are people in the world so hungry, that God cannot appear to them except in the form of bread."
-Mahatma Gandhi- 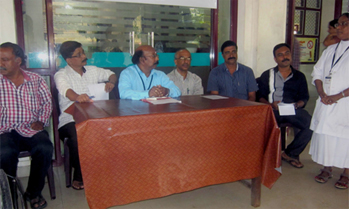 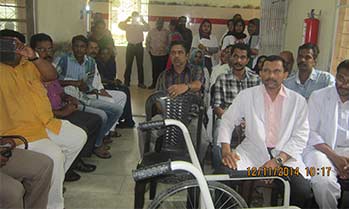 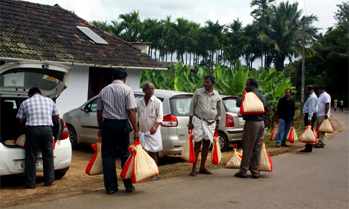